Behind the yellow line

A father looks back on the type of person that he has been.


This was originally a two page comic scribbled in my sketchbook to entertain myself when I was in a rural area without any internet. It held up, so I expanded it adn got most of it done around 2018. I love trains, but since the pandemic I've only been on one once in the last 2 years. So it's a time capsule of sorts of those lazy days taking a slow train downtown. I really do miss those days. 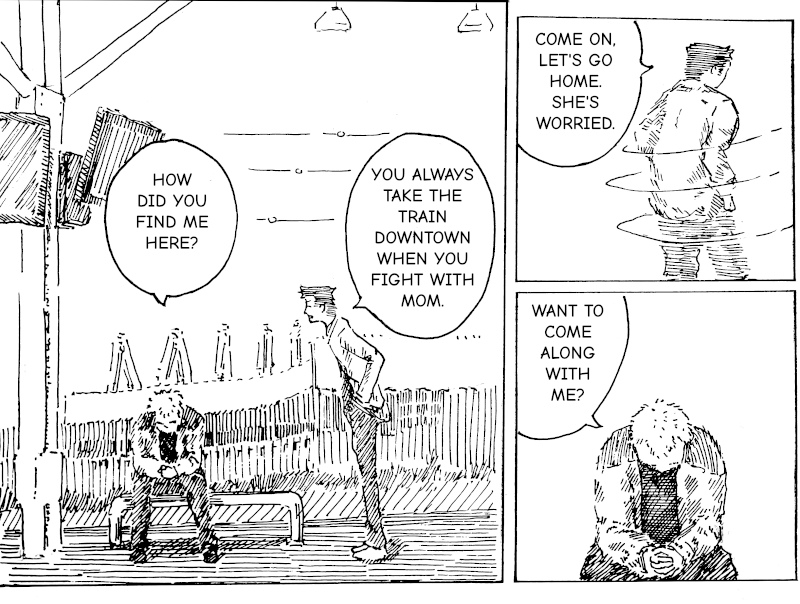 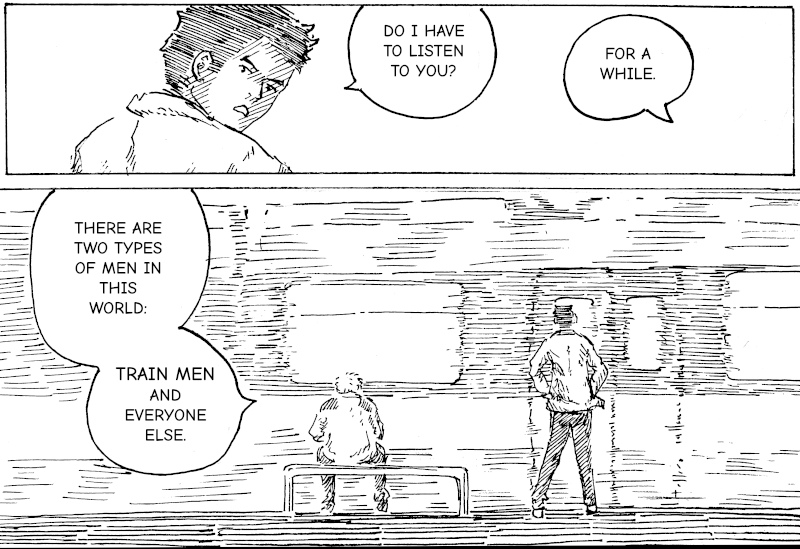 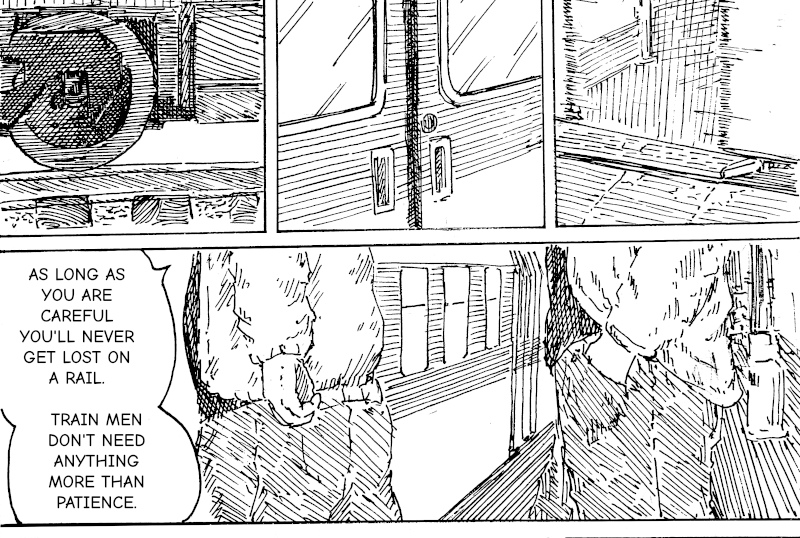 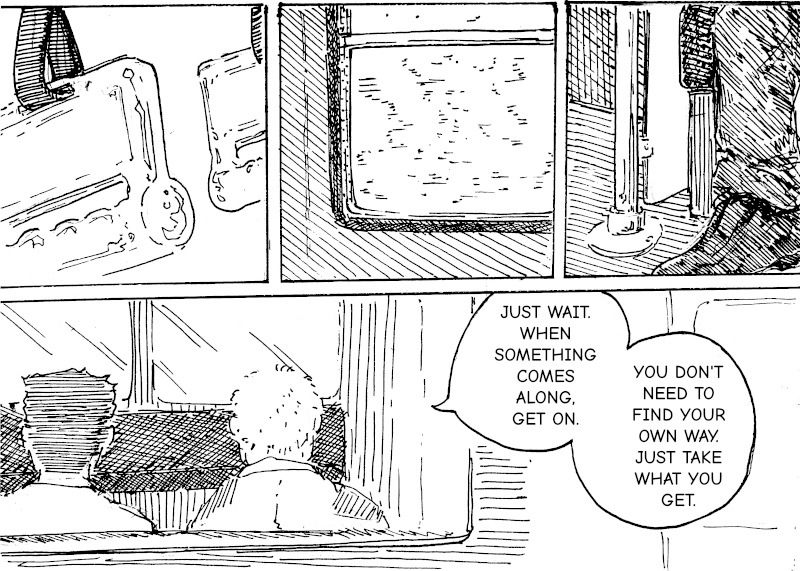 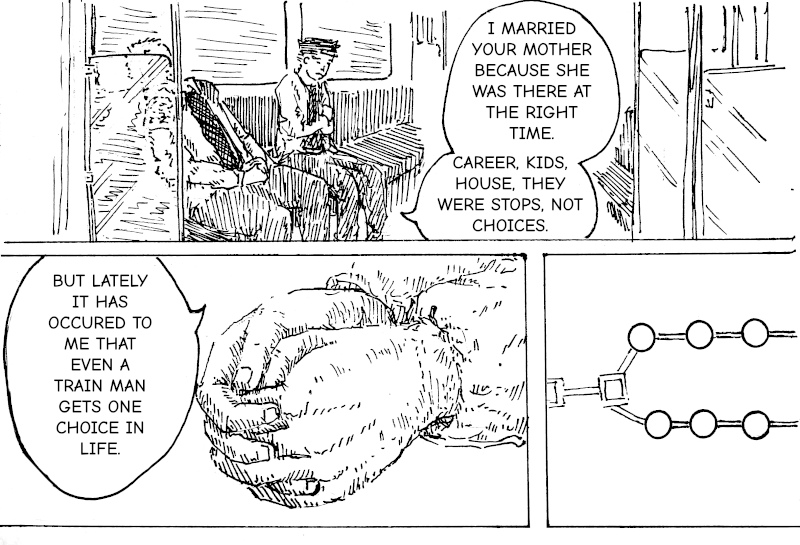 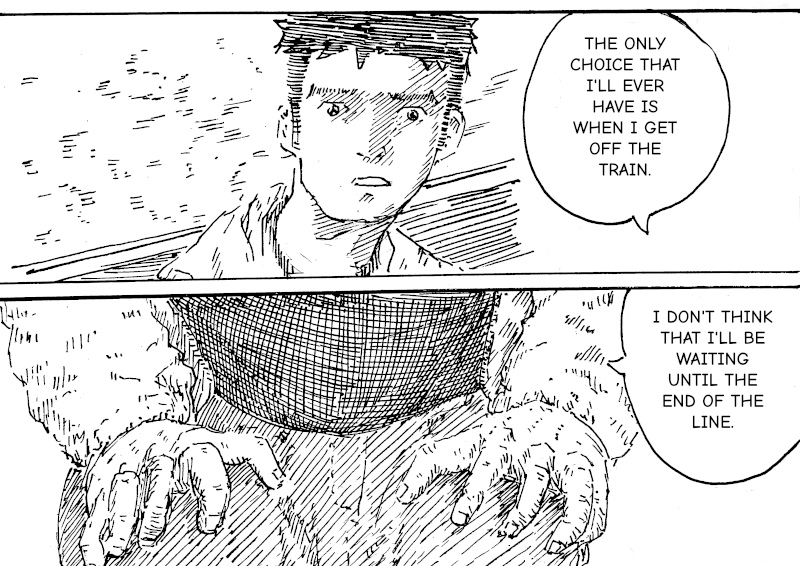 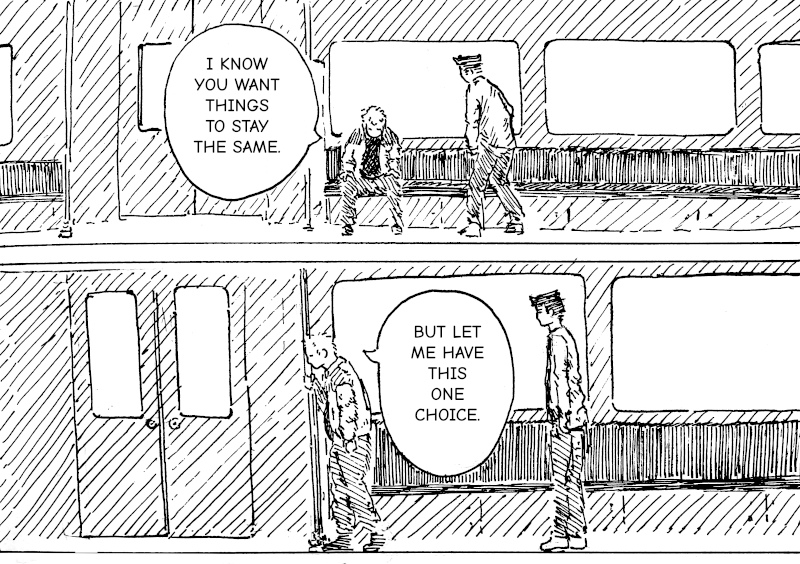 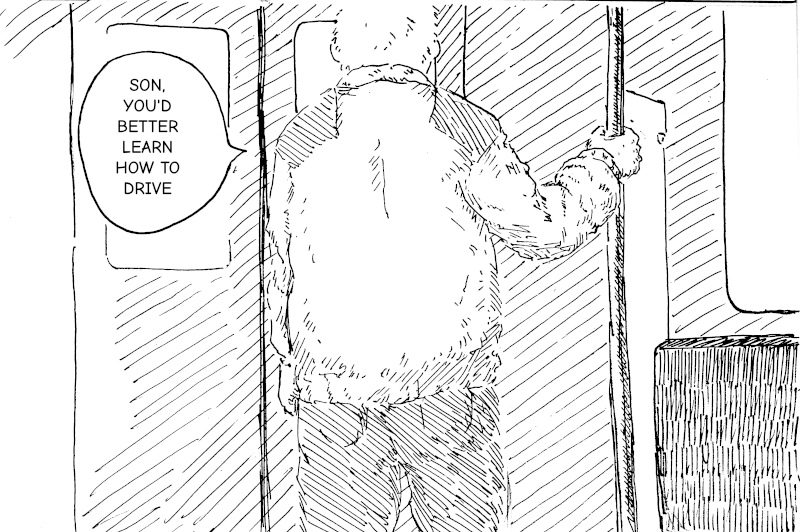 The germ of this idea comes from a two page comic that I drew one day when I had nothing to do. It's still relatively similar to the original idea in my sketchbook, but I padded it with more imagery of trains. In a way it's filled with my memories of taking the commuter train downtown. I tried to put down all the feelings and textures of those days. It goes without saying that I like trains.

As simple as this story was, I had a hard time coming up with how to draw it in 8 pages. Originally I planned to add a frame story to it to add page count. But it just proved to be too distracting to the real core of the story. Because of that I had to redraw it after finishing the pencils of the previous version.

For the inking I avoided solid blacks, just using short delicate lines to to all the hatching. By this time I had gotten used to drawing with a G-Pen and could get thin consistant lines out of it. Putting down that many lines with short wrist actions was pretty painful.