An old man meets a woman in a graveyard.


This is a comic that I drew purely for myself, I think I completed it sometime around 2017. 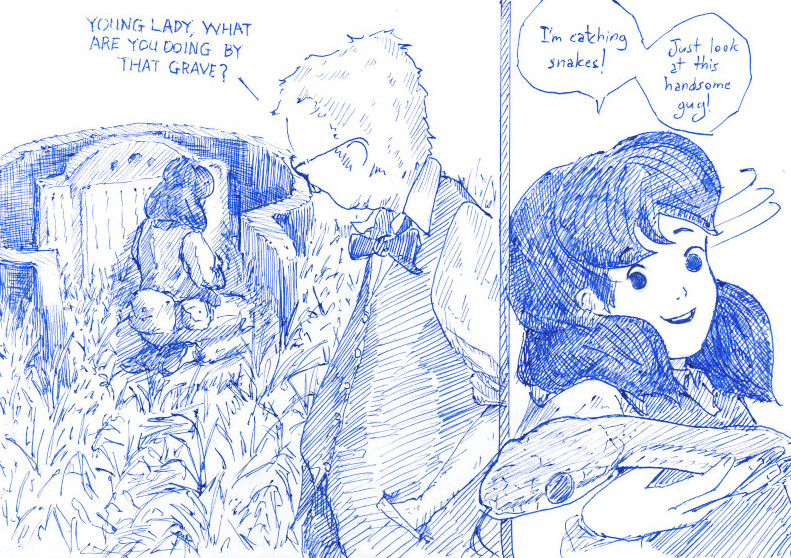 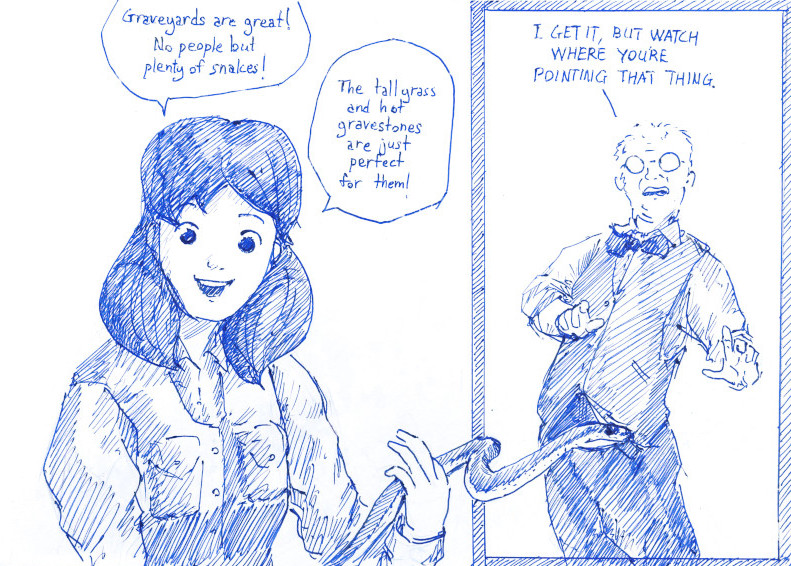 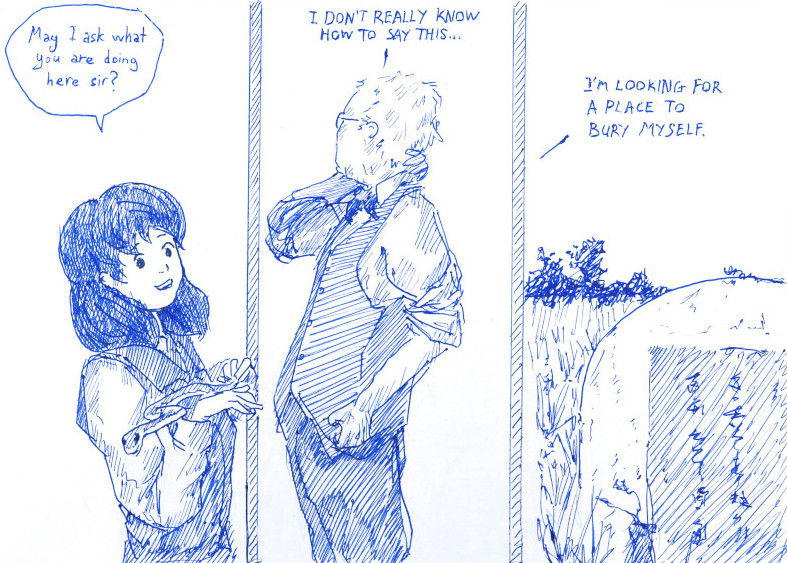 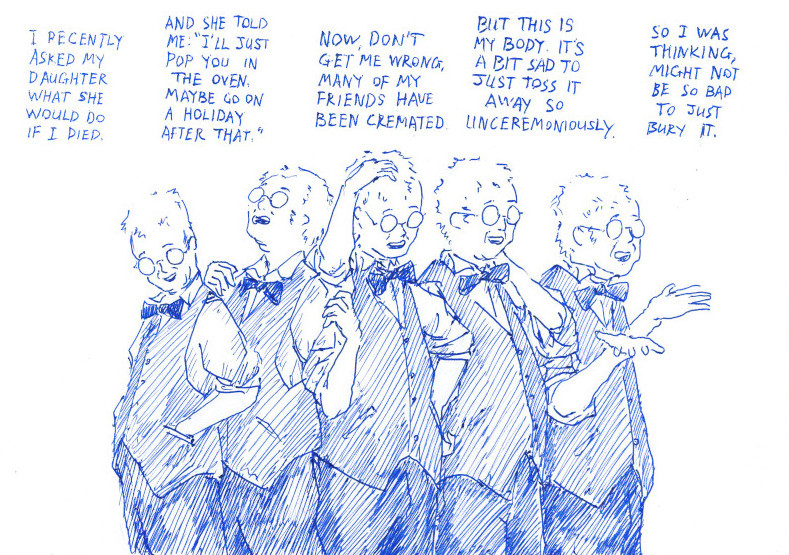 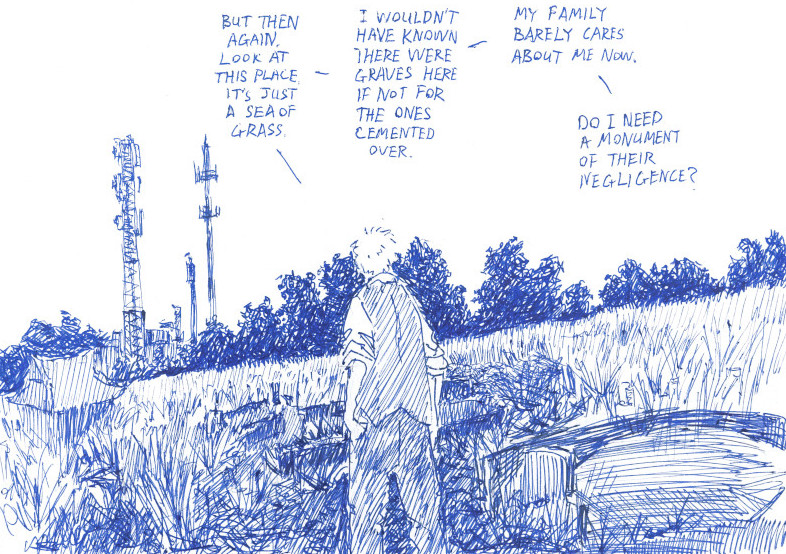 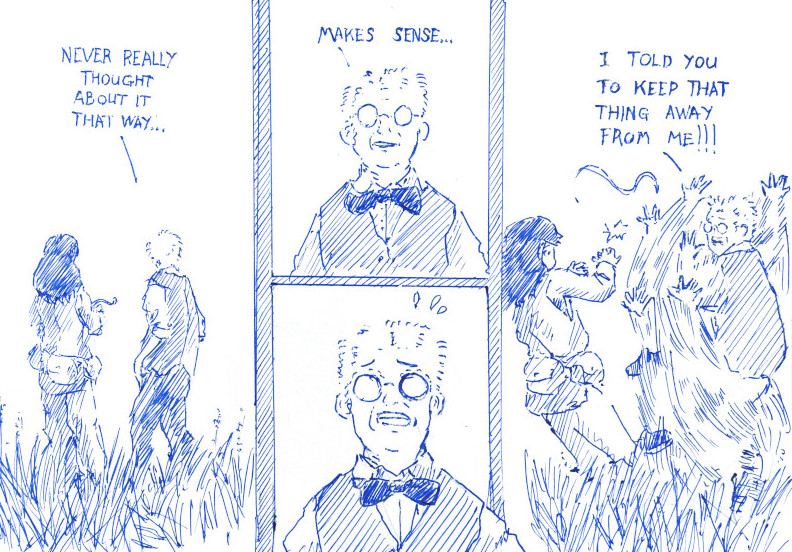 I got the idea for the female character in this comic from dissecting a cobra. Colubrids have such big cute eyes that I thought that it would make for an interesting looking character design. After a while of playing around with the design elements I ended up just making up a story set in a graveyard because it's such a great place to find snakes. There was very little planning involved and the old man comes from a different story and I just dropped him in there because I needed another character.

This comic actually was a lot more complicated than I expected. For one I had to go out to a nearby graveyard and collect references of graves and vegetation. I could have just drawn some cartoony looking animals, but I chose instead to research the animals to put in the spread, since I wanted this comic to have a more grounded feel to it.

The blue and scratchy lines of this comic comes from ball point pen that I used to ink it in. Ball point pens were the first pens that I used when I started drawing, and going back to them felt a bit like a homecoming.

The ending is a bit weak, but I think this is one of the better comics that I've made.