Snagged on the thread

A teacher and the dreams of her students.


This is the last comic that I did for the shorts anthology, probably completed around 2018. But actually I don't have much to say about this. As an exercise drawing lots of short comics really tested my limits and exposed so many weaknesses that I had. You can see an overall improvement on all fronts if you compare it to Just a pinch of metal, so I guess this exercise was useful for developing my comics drawing skills. 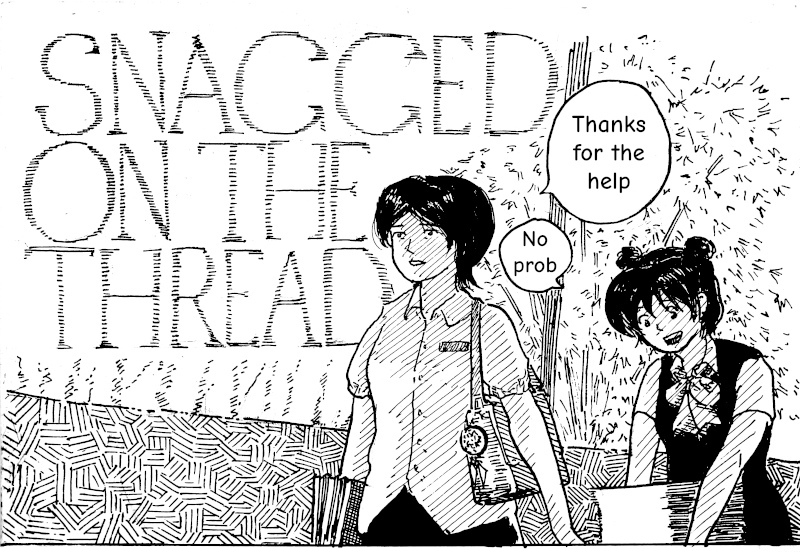 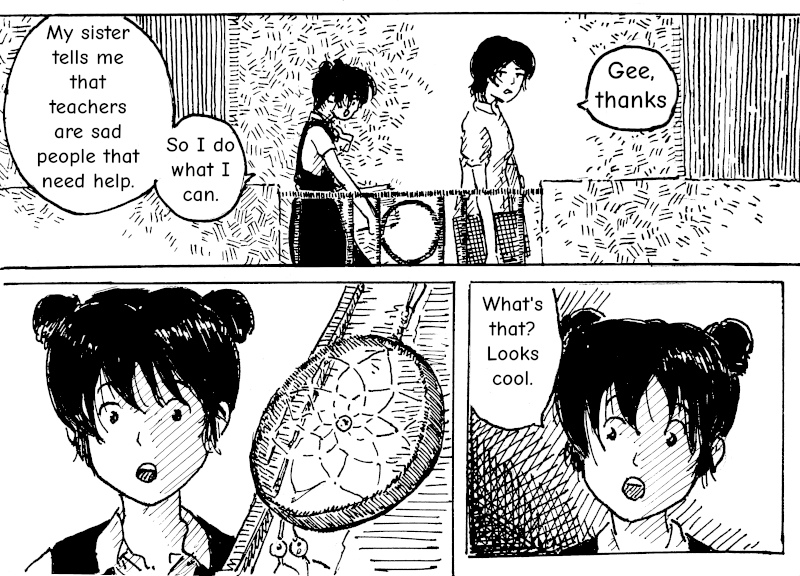 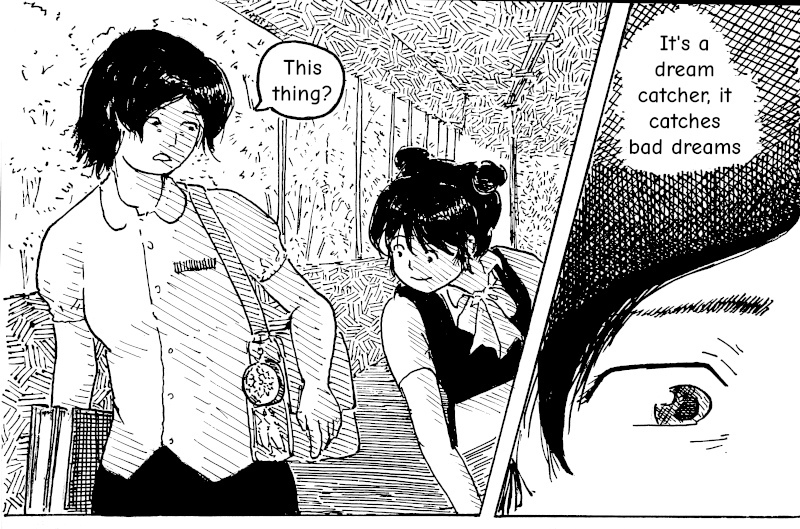 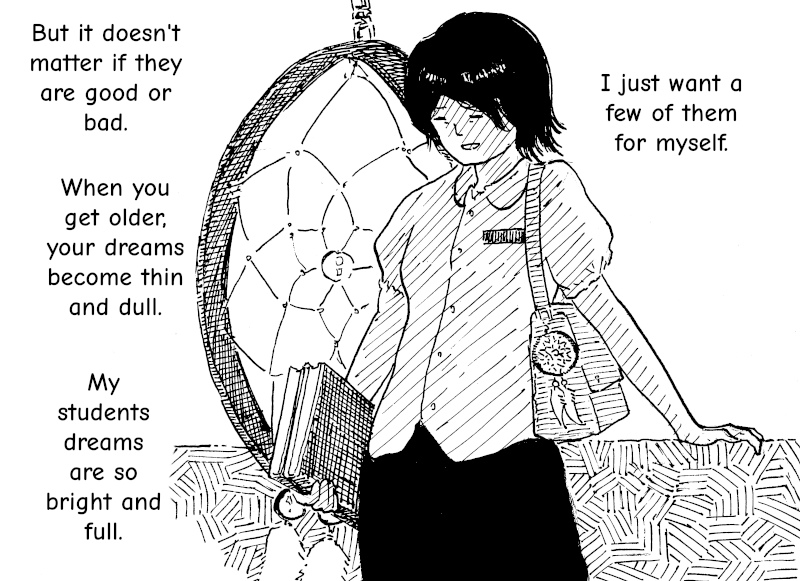 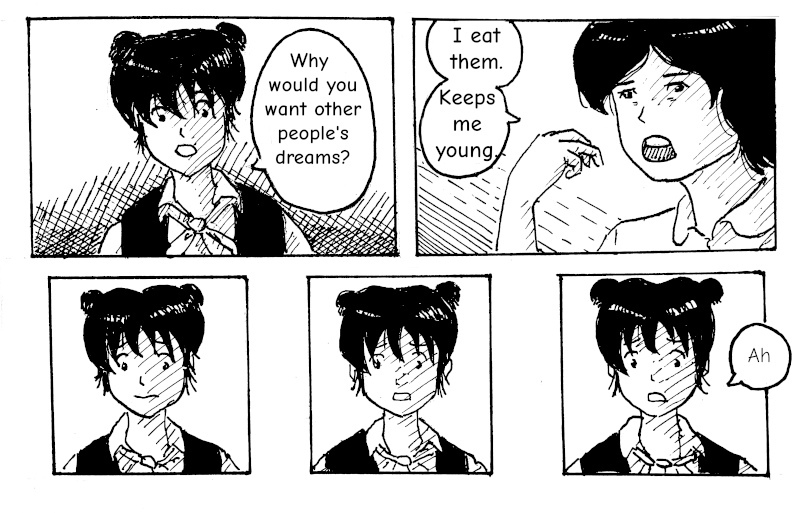 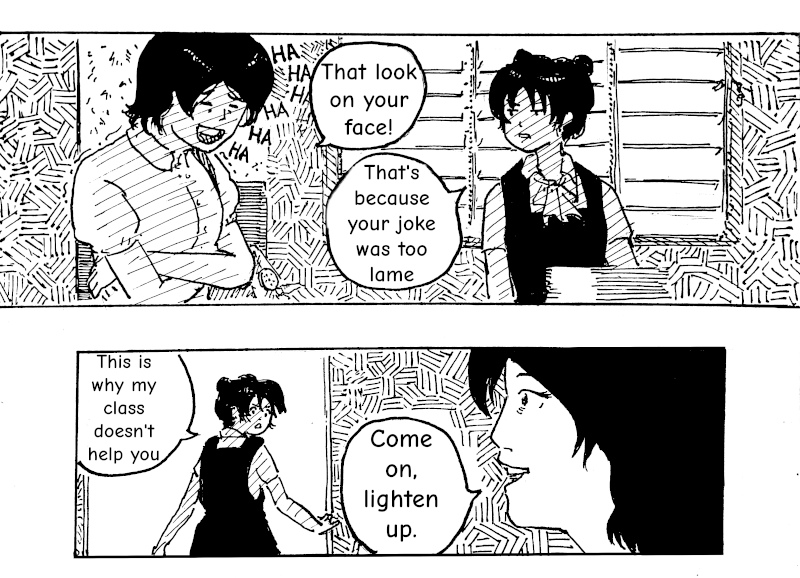 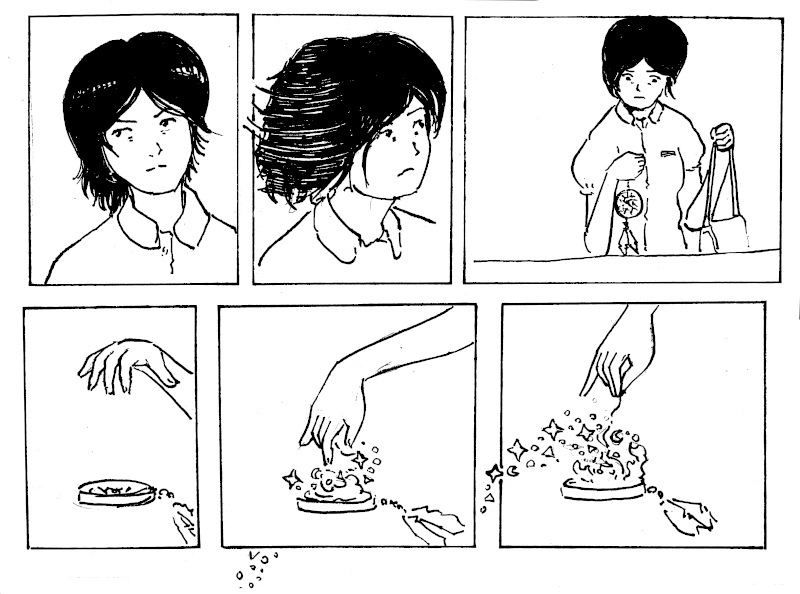 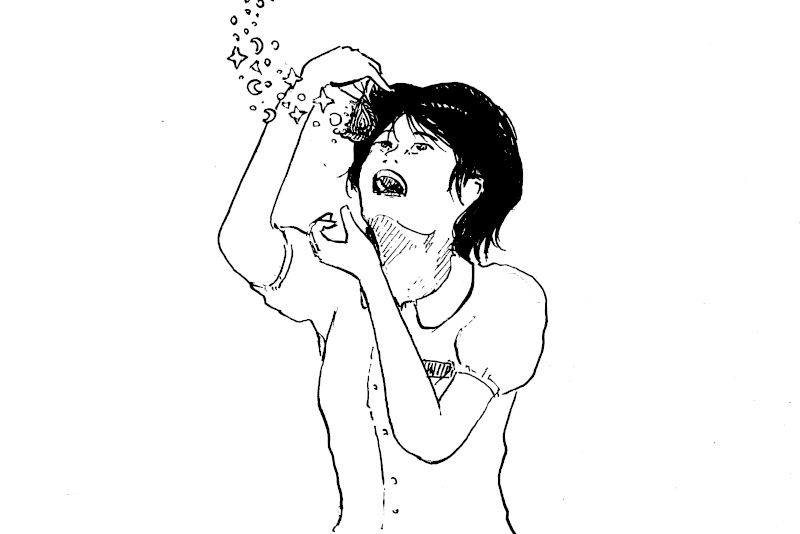 This is another one of the comics that started out as a vague image and idea first and had to have a story built around it. In this case it was the phrase "I eat the dreams of my students" and the image in the last page. Which came about from my experiences teaching.

I must admit that this one is a bit thin and I stretched it out as far as I could. But getting to the punchline too early would not have been good as well.

This is another comic that benefitted from just sitting on it. After a few months I reread it and I couldn't stand the poor inking and layouts so I ended up redrawing the whole thing from scratch. One of the benefits of working without a deadline.

The character designs for the teacher is greatly inspired by Tatsuya Toyoda, who draws characters that always have that tired and weary look to them. I don't think I succeeded.