I was taking pictures at night when I saw a red cloud on the horizon. Probably it was some reflected light pollution from the city, which bathes the clouds in a dull red color. 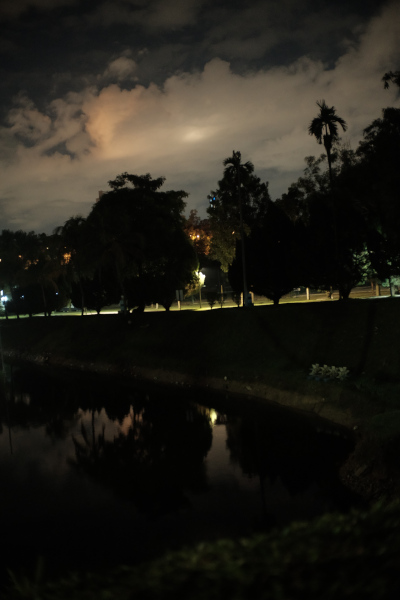 Took a long exposure of the cloud, while trying to get its reflection on the pond. The reflected light wasn't very visible. 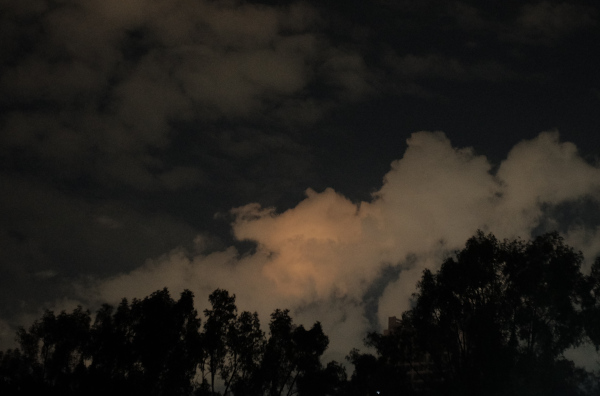 Another long exposure where I braced my camera against a plastic chair I found nearby. The shape of the cloud for a brief moment mirrored the silhouettes of the trees in the foreground.

No more lockdowns, so I went to downtown Kuala Lumpur to snap some photos. Street photography is so much easier when there are interesting things to photograph. 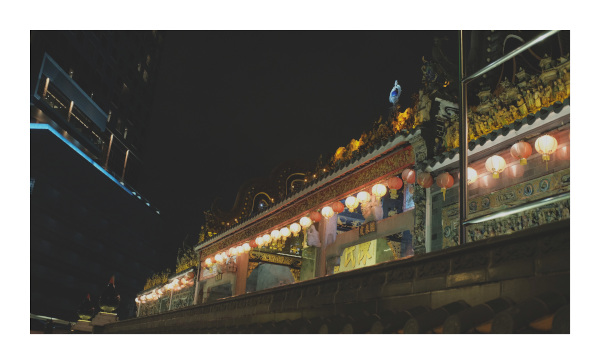 I liked the lighting on the ornate roof of this temple. Can't remember its name and can't be bothered to look it up. 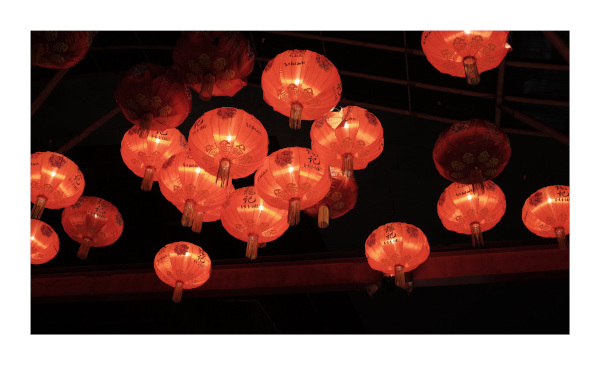 Cliche lantern shot. Now I know why these shots are so common, they are so easy to do. 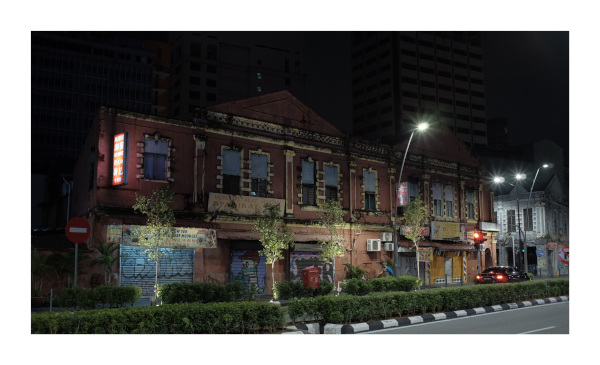 The textures on this building are just fantastic. An ornate grill with a little plastic leaf tied to it. This type of design is common for buildings from the 70s. 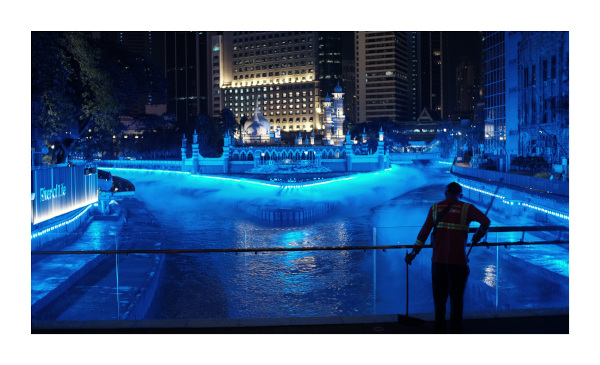 This is the confluence at the heart of KL. A nice electric blue. There was an attempt to clean up the rivers, but it still smells of shit from the raw sewage that goes into it. Eventually they just put blue lighting and misters to hide the river.

Pandemic lockdowns kept me restricted to my local city, so I spent a lot of nights just wandering around aimlessly taking bad photos. 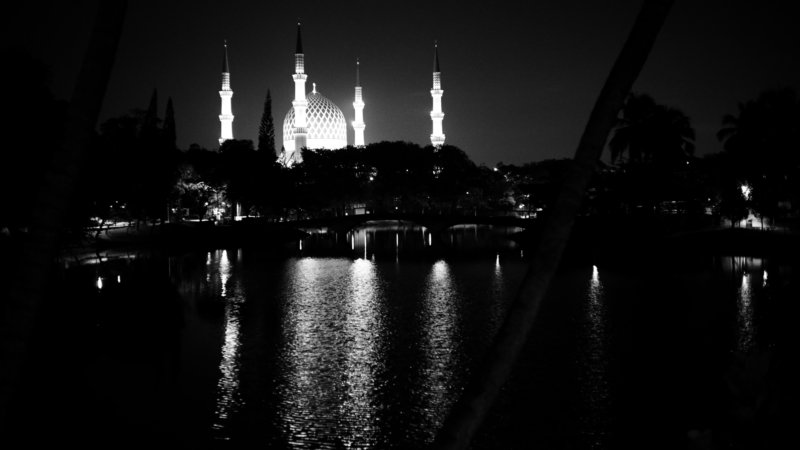 A shot of the landmark mosque of Shah Alam. It looks pretty ethereal in black and white. I was just testing out my lens with this shot. These streetlights produced pretty oddly shaped bokeh.

A walk around the industrial side of town at night. 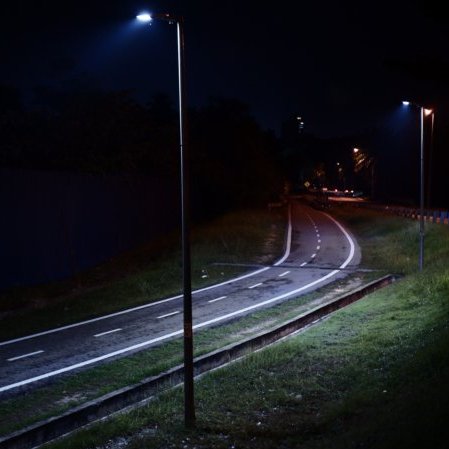 Mostly empty roads. I took this shot because I thought it looked like a album art for a 90's alt rock band. 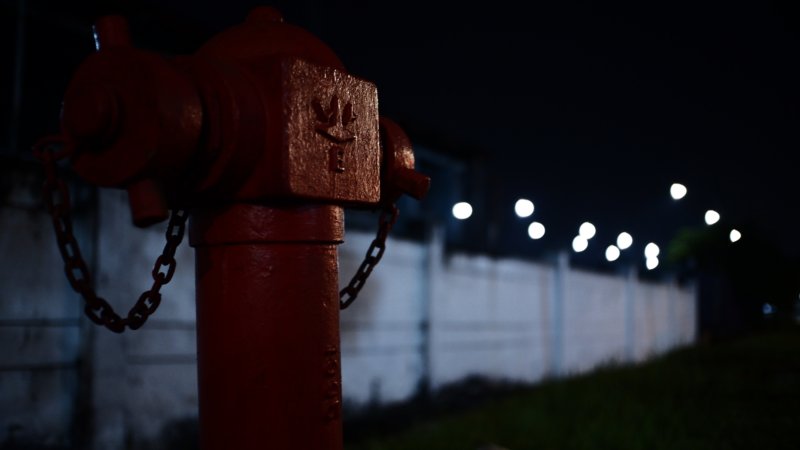 Not much to see aside from hissing machines behind walls and barbed wire fences. The spotlights made for interesting bokeh though. 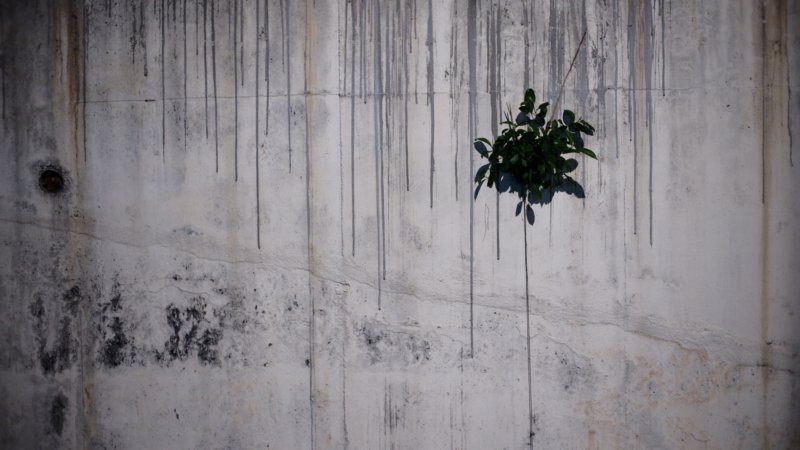 A banyan tree coming out of a wall. I like how the lines, colours and form look in this. A fern popping out of concrete and its shadows. Looks really moody.