This will be a bit of an ephemeral rotating exhibit, so a small gallery of photos will come and go, depending on what I want to put up. Usually I only get one or two good shots every time I go out anyway, so there's no point in uploading a lot of stuff. I also like the idea of having a small impermanent gallery, enjoy it while it lasts. Shot on a Fujifilm X-A2 with a 7artisans 25mm F1.8 lens. I'm not fond of doing a lot of work in editing software, so most of these are straight out of camera jpegs with some of Fuji's film simulations.

I don't always do street photography, but I wanted to give it a try and document some nearby cities. Maybe the pandemic has awakened a desire to document what is around me before I lose it. The quality is somewhat suspect and I'm just having fun and experimenting with shooting with a crappy lens on more manual settings. Through this exercise I've come to realise that I tend to see the world closer to a 70mm lens, in other words I tend to have tunnel vision. So it's good to look at the world at a wider angle.

There was a traffic jam on the highway, so I took the back roads and stopped by the Sungai Way New Village and took some photos. Beats being stuck in a jam. New villages have an interesting history, they were basically concentration camps where poor rural ethnic Chinese were interned during the Malayan Emergency. The Brits had a quiant way of naming these things. But that's all in the past now. It's still pretty poor area, but it's now right in the middle of the urban sprawl that is Kuala Lumpur.

I'm experimenting with getting a more filmic quality and less vibrant colors. 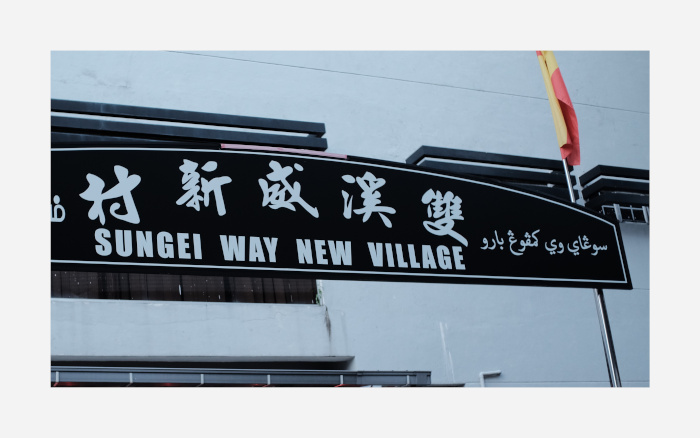 A rather new signboard in the village. It has the name written in 4 languages. I cropped out the Tamil on the left to get a better composition. 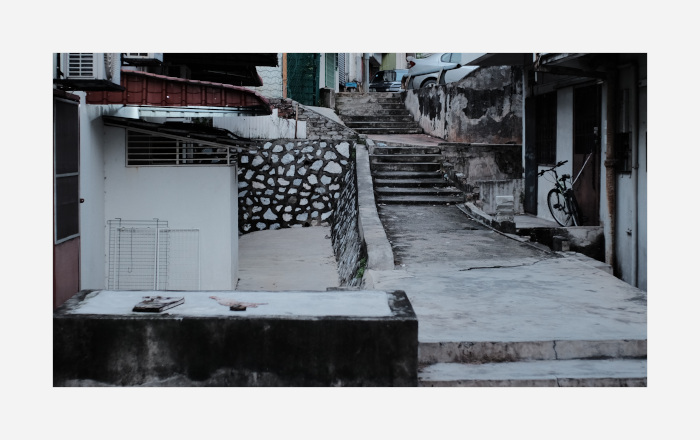 The space between some of the shoplots looks like this. Paved with cement and concrete. Reminds me of other Chinese majority areas. 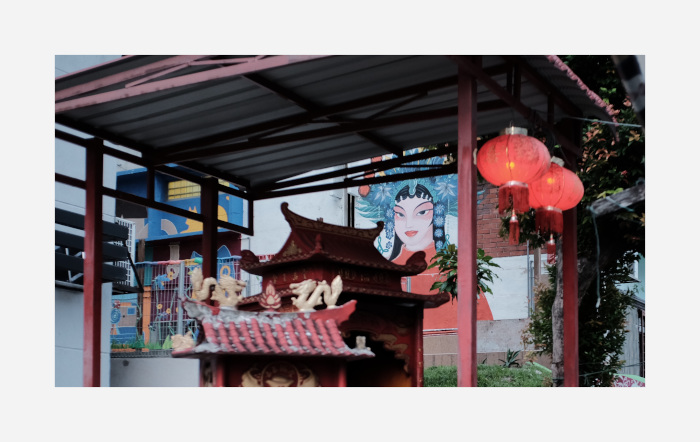 A mural of a Chinese Opera singer. Some small shrines are in the foreground. There are quite a lot of relatively recent murals here. 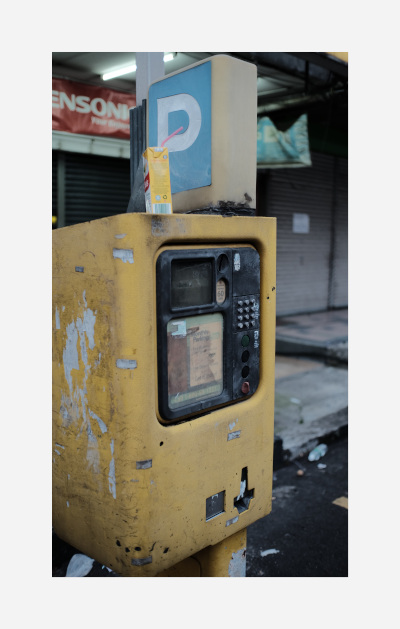 A now useless parking meter. The blue light of an overcast evening dulled the yellowish tinge that my lens sometimes gets. I like how the desatuarated yellow turned out. 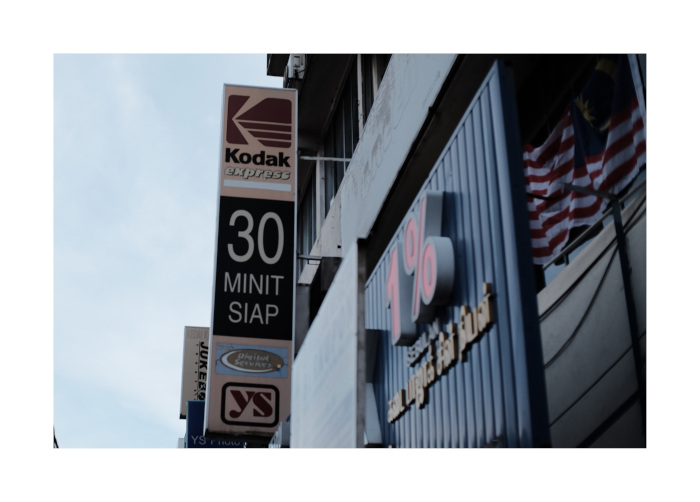 A signboard for a photo shop offering fast film developing. I wonder if they are still in business. 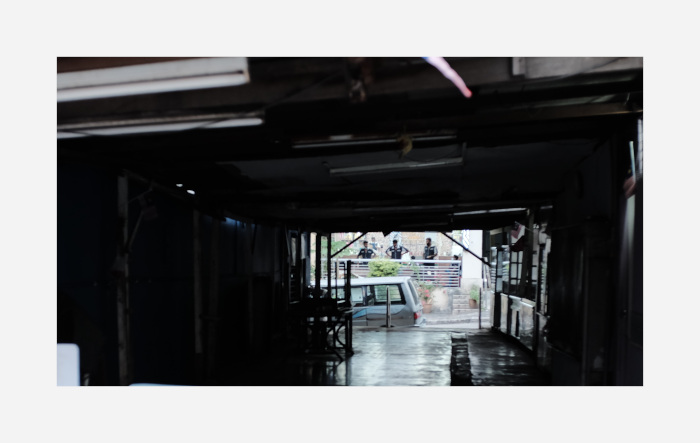 Restaurant workers at the opposite end of a dark corridor. 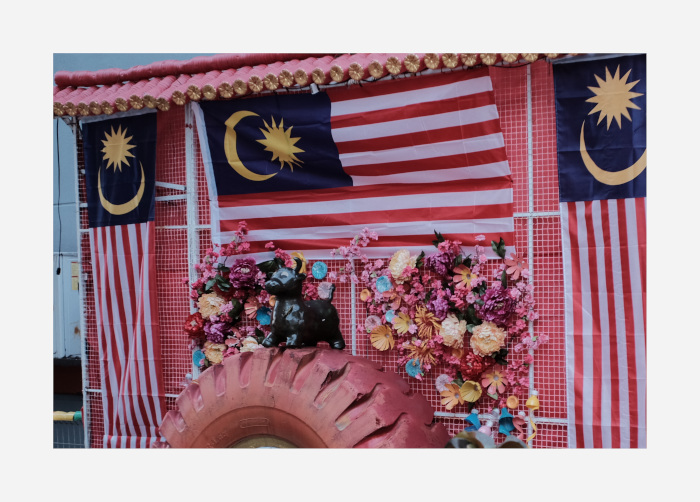 A weird little patriotic display. I think that thing is supposed to be a cow. As I took this I wondered how the villagers could be so forgiving of this country. I would have borne a grudge beyond death if it was me.